Few holidaymakers realise that Lanzarote has more to offer than just beaches and sunshine. This fascinating island is truly extraordinary. Its fate was decided some two and one-half centuries ago. The largest volcanic eruption in recorded history took place, leaving a strange and alluring countryside in its wake. A landscape littered with volcanoes and dark streams of jagged lava.

This is the backdrop to nearly every scene on the island, and intriguing sights abound – none more so than the ‘Fire Mountains‘. Follow us on Facebook! 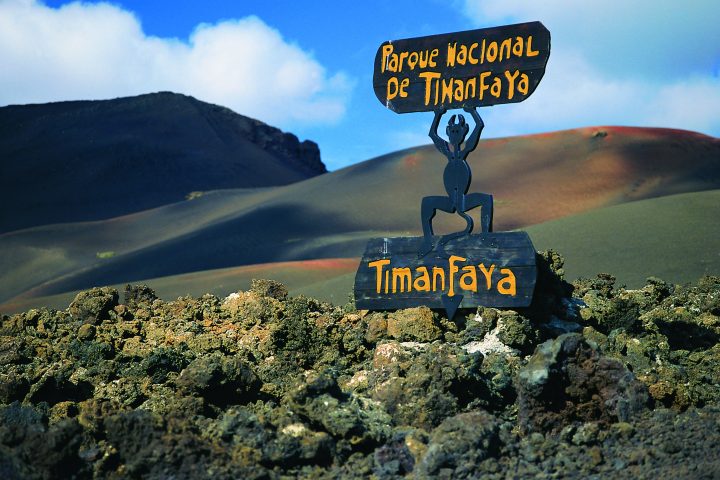 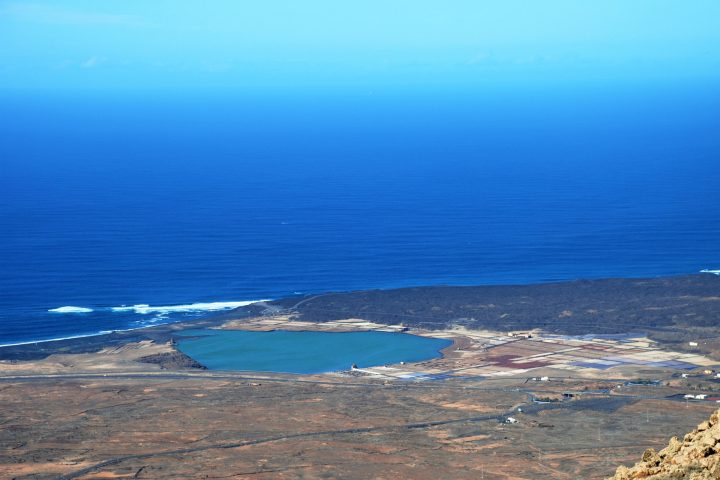 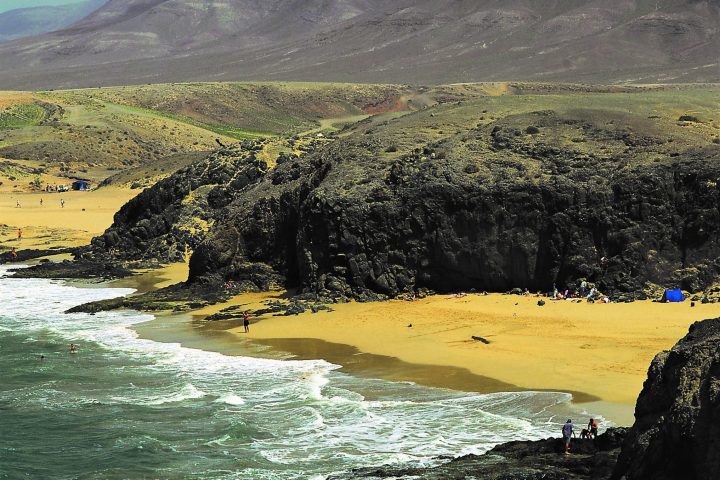 DAY 1 – Arrecife
Arrival in Lanzarote at Arrecife Airport, transfer to Hotel. Relax at the sea or at the swimming pool before introductory talk, presentation and dinner.

DAY 2 – Femes
After a hearty breakfast, we head to the ancient village of Femes, Here we start a very fine circular walks around the peak of Atalaya de Femes. After many wonderful views, the walk take us back to Femes where we can relax at the Mirador; then we drive to the ancient village of Yaiza, to visit the old church of Nuestra Senora de Los Remedios before to head back to the hotel, and relax at the swimming pool. (B,D) After dinner: stroll in PLAYA BLANCA.

We drive a short way to meet one of the many surprise of the island: Playa de Papagayo, a nature reserve where rugged coastline frame the beautiful blue sea. Here we can relax at the beach, also famous for nudist, before to head north, to meet other beautiful surprises of the island: the first stop will be the Jardin de Cactus, the artistic cactus garden, one of the creation of Cesar Manrique (the internationally famous artist native from Lanzarote); Fernando, an authentic Lanzaroteno, will show us the way they “graze” the cocciniglia, a cactus’parasite still used as natural colorant. From here we pay a visit to the Cueva de los Verdes, remaining tunnel excavated by the lava river few centuries ago. La Cueva de los Verdes forms part of the lava flow which originated from the eruption of the volcano of La Corona, and which advanced underground while the surface solidified. At the entrance of La Cueva de los Verdes, there occurs a phenomena known as jameo, the collapse of the surface due to weight or a gas explosion. In 1964, Jesus Soto transformed almost one mle of caves, respecting to the utmost its structure and limiting the changes to the installation of a magnificent system of lighting that enhances this natural phenomena, highlighting in all its splendour the hues of the cave walls. Our tour will end at the panoramic Mirador del Rio, once a military settlement trasformed in superb view point by the magic hands of the artist Manrique. Here we can enjoy superb views of the sunset on the Camino de Guarifay, the Isla Graciosa and the panoramic Risco the Famara with the Salinas del Rio. Then we head back to the hotel. (B,D) No serious walking today.

Today we will visit one of the most magnificent demostration of the power of the nature in the world, in the National Park of Timanfaya; this is the clearest exponent of the volcanic origins of the island. Its reds, ocres and blacks form a lunar landscape that will not leave visitors indifferent. The volcanic eruptions produced in 1730 (which lasted six years) and those in 1824 created new craters, they entombed whole villages and buried the most fertile terrain on the island. We cover distance by road until we arrive at the Islote de Hilario (Montañas del Fuego) where we can see geothermic exhibitions and find the only restaurant in the world which uses the heat of the earth to cook by. Here a short ride on a coach bus will give us more ideas of the volcanic terrain. But the best is the walk: we walk inside the ancient volcanic eruption, walking on the lava which is still warm under our feet, up all the way to reach the edge of the impressive volcano Caldera Blanca. 9 miles, 600feet ascent. (B,D) . After Dinner: Stroll in Puerto del Carmen.

La Geria is the name used for the agricultural zone whose principal characteristic is the way in which the vines are cultivated, a consequence of the farmer’s fight to retain water of the night’s dew. The technique consists in cleaning the land, putting down fertile soil, covering it with volcanic ashes and building around it walls to protect the vines from the strong winds. The night’s dew forms on the surface and is absorbed and retained by the porous volcanic rock. During the day, the surface is all that is exposed to the sun, the rays do not penetrate the soil. This give way to a grape, Malvasia, that originate a superb white wine, produced in dry and sweet versions. Today we will stop at the Bodegas, to have a taste of this delicious nectar and find time to know more about this special wine, thanks to Alberto, the local wine-master. From here we drive to Teguise, the ancient capital of the island, from where we start for our walk up to the hills of the Ermita de las Nieves, with stunning views over the Caleta and Risco the Famara, and the small islands of La Graciosa and Alegranca. On the way back we will visit the beautiful city of Teguise. 7 miles, 600feet ascent. (B,D)
DAY 6: HARIA. Today we drive north again, to reach Haria, the “valley of a thousand palmtree”, delightful countryside with wonderful views all the way. We will walk along a beautiful ancient trail, once used by pilgrims to reach the Ermita de las Nieves, spectacular with the views on the sea and the surrounding islands. 6miles, 500feet ascent.

We drive to the small port of Orzula from where a ferry will take us to the wild beauty of the Isla La Graciosa. A nice relaxing hike to see all the spectacular environment, but not too long in order to have time to swim in the ocean. (subject to ferry schedule and Ocean Condition);
DAY 7: EL GOLFO, LOS HERVIDEROS,. SALINAS DE JANUBIO. Our first stop today will be the spectacular El Golfo (the Gulf); this is the name of the volcanic crater (today reduced to half of its original size) filled by underground sea water creating a green lagoon. The stunning contrast of black beach and deep green colouring caused by the algae which inhabit its waters, forms a unique and spectacular sight. Then we will reach Los Hervideros, an impressive tunnel system created by the lava fowing into the sea. Now the sea pound into sea-caves, walkways have been carefully laid out through the maze of lava, where there are some impressive blow-holes when the sea is choppy. Turning inland, we round the Salinas de Janubio. They lie cradled in a deep basin off a land locked lagoon and the curving black sand beach of Janubio. Las Salinas del Janubio is a place of scientific interest where not only the fauna is protected, but also the traditional method of extracting salt from the seawater. Before the eruptions of 1730-1736, it was the best natural harbour on Lanzarote, but the eruptions created a sand bar that closed this point forming a lake called La Caleta de Janubio. From here we start our beautiful walk, along the coast, all the way back to the hotel and the Montana Rocha, another ancient volcano, wonderful end to a week of unexpected wild beauty. 9miles, non ascent. The Farewell Dinner will be at the famous restaurant of LA ERA, in YAIZA.

Market day today: free morning to wander along barrows and shops of the most famous market of the island: they reallly sell everything, a real experience we cannot miss, before to drive people at the airport for departure. 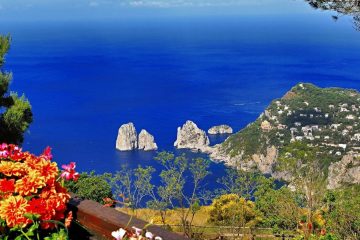 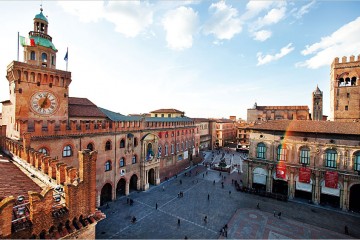 From Bologna to Florence the way of
One tour per person