From Siena to Montalcino discovering The Francigena Way. This tour takes us through the most beautiful scenery in Italy as we head to Crete Senesi in the heart of classic Tuscany. One week spent wandering through vineyards. Wandering and walking past abbeys and zigzagging around hillsides, along one on the most suggestive part of “the Via Francigena”.

Among the rolling hills and valleys, the scenery never ceases to amaze, thanks in part to the lack of difficulty of the course that always allows a lively attention to and observation of the places met along the way.

We will cross woods, valleys and small villages, in an old-style journey that will amaze every corner, enriched by the Tuscan cuisine and wines. That will liven up our evenings rewarded us by fatigue of the path. Follow us on Facebook! 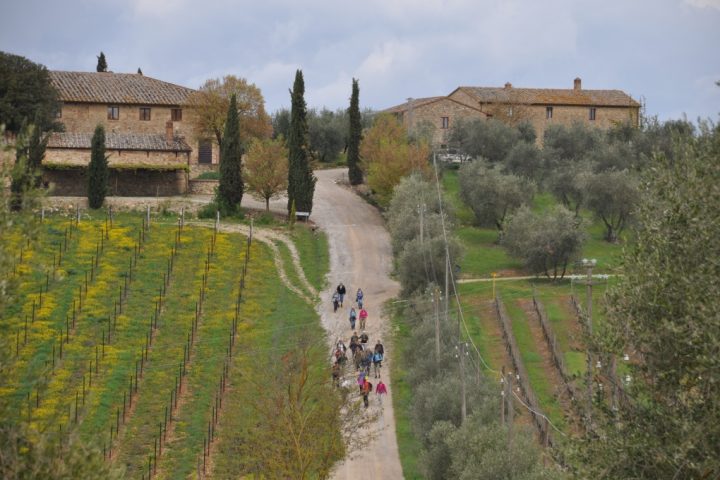 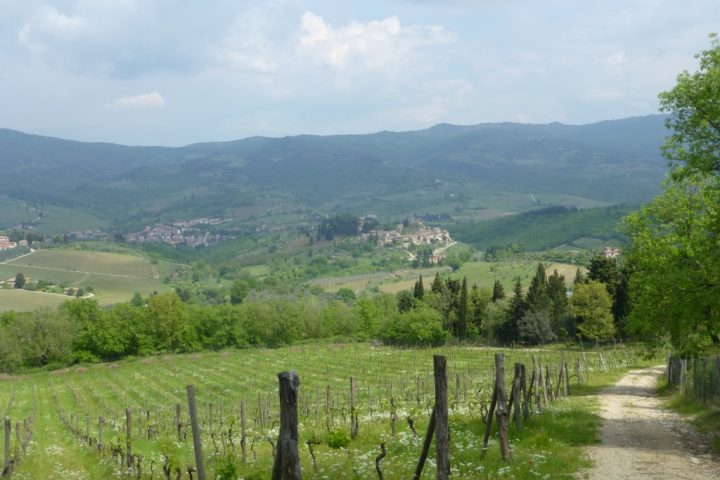 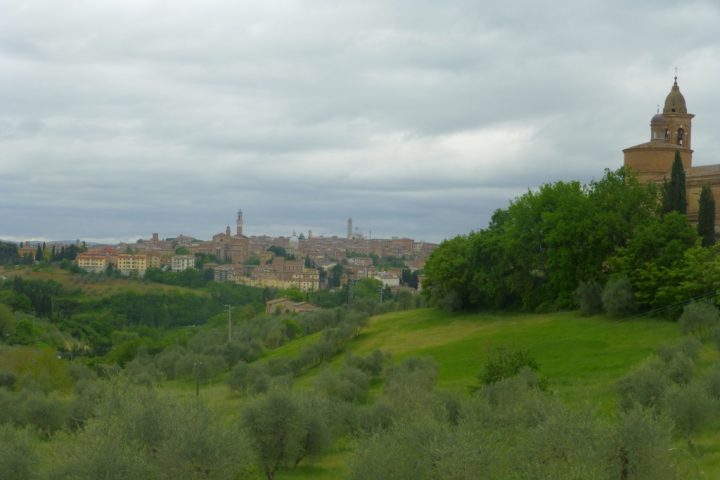 Transfer to Siena . Check in and, according to the arrival time, exploration of this wonderful city. Introductory talk and explanation of trip.

Siena, was founded by the Etruscans in the V century BC., today is worldwide famous for the Palio, the horserace, and for its spectacular medieval appearance. Siena is surrounded by one of the best landscape of Tuscany. The Guide will take us around the narrow streets and the wonderful monuments of one of the most beautiful city of the world including the internal visit of the Duomo. Dinner at restaurant. Overnight hotel.

Breakfast at hotel. From Siena we will begin our journey, walking through vineyards and olive groves we will reach Monteroni d’Arabia a little town that has preserved the same atmosphere that it’s possible to breath in the stark landscape of Crete Senesi, in which it perfectly fits, together with farms, castles and isolated churches. At the end of excursion transfer to San Quirico D’Orcia. Dinner and overnight hotel.

Breakfast at hotel. Today, starting the walk from Monteroni d’Arabia, we will follow our route passing trough typical wine country with wonderful views and abandoned farmhouses and then on to the ancient town of Buonconvento, where we can enjoy a good “gelato”. Return in San Quirico d’ Orcia. Dinner in a local restaurant. Overnight in San Quirico d’Orcia.

DAY 4 – From Buonconvento to Torrenieri

Breakfast hotel. From Buonconvento following gentle tracks through the vineyards we’ll get to

Torrenieri which once was, an important castle, center of a hospital and stopping place on the Via Francigena, mentioned in the Archbishop of Canterbury’s itinerary. Nowadays there are still fortified structures with corner towers located on the outskirts of this modern town. Continuing our walk surronded by vineyards, Mediterranean maquis and cultivated fields with geometric perfection we will reach San Quirico d’Orcia, with its twisted medieval alleyways. Dinner at local restaurant in San Quirico d’Orcia. Overnight hotel.

Breakfast at hotel. A uniquely different day spent crossing the Crete Senesi – one of the most amazing landscapes in Italy. The near desert region has a gentle bleakness with occasional houses and lines of cypresses, the only signs of habitation. Dinner in hotel or local restaurant. Overnight in San Quirico d’Orcia.

Breakfast at hotel. From Bagno Vignoni, an ancient termal centre, we will proceed along white streets and the typical landscapes of Val d’Orcia towards Castelnuovo dell’Abbate, a charming village with narrow streets, old stone houses, two beautiful buildings and a church dedicated to Saints Philip and James, that is located on one of the hills surrounding the Abbey of St. Antimo. Transfer to Montalcino. Dinner in hotel. Overnight.

DAY 7 – From Castelnuovo dell’Abbate to Montalcino

Breakfast at hotel. Following our route that leads first within the typical Mediterranean maquis and vineyards and then into the woodlands of evergreen oak and laurel, we will finally arrive at the end of our journey in Montalcino, home of the famous Brunello wine. Dinner free. Overnight in Montalcino.

After an early breakfast we greet our group and drive back to departure airport. End of our services. 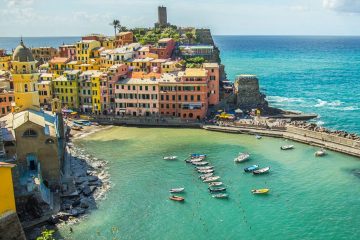 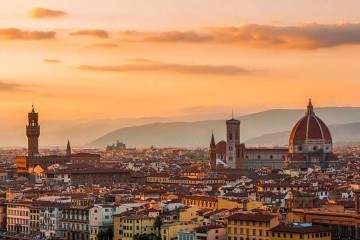 Pathways of Tuscany from Florence to Siena

Pathways of Tuscany from Florence to Siena 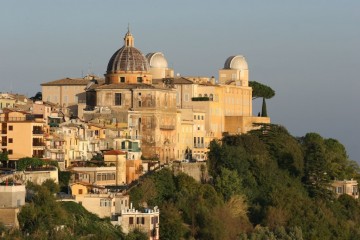